REGISTERING FOR OUR NEXT WORKSHOPS
WORKSHOP LIST
back
HERVÈ SCHNEID 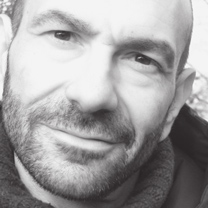