REGISTERING FOR OUR NEXT WORKSHOPS
ABOUT FEST
back
FEST AC 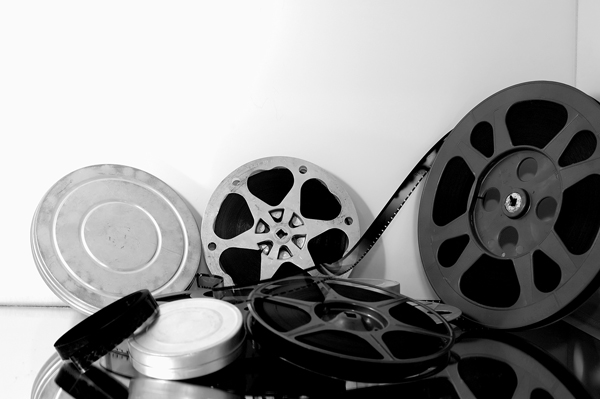 FEST – Associação Cultural was established in 2004 in Espinho, Portugal. It is a non-profit NGO and develops its work on Film, media and education. The institution was created to improve the promotion, capacities and development of filmmakers from all around the world, focusing on new filmmakers.
Since 2004 the institution, its events and reputation have grown immensely, claiming in a very short period a worldwide dimension. The institution has organized activities in several locations around the world, even though still maintaining its headquarters in Portugal. The initiatives organized by FEST – AC are now eagerly awaited by people in the five continents.

Some of the other main activities of the institution are:


FEST - New Directors | New Films Festival
FEST - New Directors | New Films Festival is a film festival going for the 14th edition and that includes an official short and feature film competition for new filmmakers. We offer awards to short films from filmmakers up to the age of 30 and to Features from Filmmakers who are on the first or second long feature, in categories such as fiction, Non-fiction, animation and experimental film. Alongside the competition we also have several retrospective and thematic screenings as well as special sessions where our partner schools from all over Europe screen their best work of the year. The festival also includes a series of activities to promote large scale networking opportunities, like Networking Dinners, FESTival Village, Speed Meeting and FEST Nights.

FEST - Training Ground
FEST - Training Ground is an educational event where new and upcoming filmmakers from all over the world gather in one week, to attend a deluxe training from workshops to masterclasses, lectured by some of the industry top experts with highly acknowledged achievements. The program approaches the key issues on filmmaking, all from Script Writing, analysis of a specific style, technical disciplines such as sound editing, to theory and analysis of our current society. It is intended to be wide in activities so every participant can tailor make his/her experience according to his/her preferences. In the past we have brought to Portugal professionals such as Béla Tarr (Sátántango director), Fernando Trueba (Oscar winner, Bélle Èpoque director), Melissa Leo (Oscar winner, The Fighter), Ed Lachman (cinematographer, Virgin Suicides), Tom Stern (cinematographer of Clint Eastwood, nominated for Oscars), David Macmillan (winner of three Oscars in the area of sound), Eugenio Caballero (winner of the Oscar for Best Art Direction), Eduardo Serra (Oscar nominated DOP), Colin Arthur (renown special-effects expert), Etgar Keret (winner of the Golden Camera at Cannes), Scandar Copti (winner of the Golden Camera at Cannes), Alex Rodriguez (Oscar nominated editor of Children of Men and Y Tu Mama Tambien), Hervé Schneid (Jean-Pierre Jeunet editor), Larry Smith (cinematographer on Eyes Wide Shut), Christian Frei (winner of the Peabody Award), Chadi Zeneddine (director of Falling from Earth), Dome Karukoski (director of Home of the Dark Butterflies), Nancy Bishop (Emmy Award nominated casting director) and many others. The event is attended by hundreds of participants from all over the world.

FEST – Pitching Forum
FEST-Pitching Forum is FEST’s international financing and co-production event, dedicated to the facilitation, development and financing of film projects. Applicants have 5 minutes to present their pitch to world renowned experts, which include producers, distributors and financiers, all looking for new projects to support. At the end of each pitch there are 10 minutes for collective feedback and discussion with the experts. In addition to that, each applicant will have the opportunity to partake in an exclusive individual meeting with all the experts, for private feedback and counselling about their project. The projects are divided into three categories: short film, feature film and documentaries, so we can build a panel of experts working in these fields within the international film industry. One session will be held for each category. Before the Pitching Forum itself, there is a three days training focused on project presentations, head by two renowned experts who will help the applicants to prepare their pitch, so they can take the most of it. The most valued projects have the opportunity to be tutored and helped in their development by one of the experts, who will support the project to get to a new level.


Borderline Filmmaking Project
We also produce films, such as BORDERLINE a filmmaking project where 13 young filmmakers travel during a three week journey on a double-decker bus from Paris, France to Guimarães, Portugal. The outcome of the project is 5 short films about immigration in Europe.
The background frame of the trip from Paris to Guimarães lays is the notion that the city with the biggest Portuguese population outside of Portugal is Paris. The majority of immigrants arriving to Paris from the 50ths to 70ths came from Portugal.
The 13 filmmakers were taking the trip made by hundreds of thousands of expats but the opposite way, back to Portugal. The filmmakers taking part in the project also have the access to use the film archive, but the rest of the form and content of the 5 films made during the project are up to the initiatives given by the participants.