REGISTERING FOR OUR NEXT WORKSHOPS
PAST WORKSHOPS
back
STEPHAN ELLIOTT 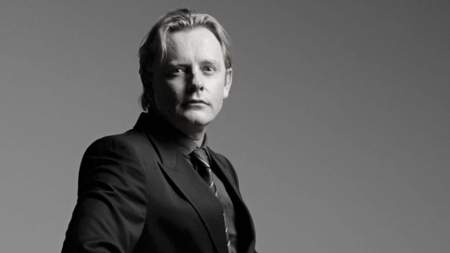 Stephan's first film Frauds, starring Phil Collins and Hugo Weaving, was selected for competition at the Cannes Film Festival 1993. His second feature – a script churned on route to the festival was The Adventures of Priscilla, Queen of the Desert (1994) starring Terence Stamp, Hugo Weaving and Guy Pearce. It is one to become one of the most successful Australian films ever. It is now the most successful Australian stage musical of all time.

Stephan committed career suicide screening his unfinished black comedy Welcome to Woop Woop in official selection at the 1997 Cannes. It was booed out of the festival, but has since grown into a massive underground cult. He countered with a change of genre, the thriller Eye of the Beholder (1999) starring Ewan McGregor, taking the Number #1 spot in the American box office. The film premiered at Venice, and won Best Director at the Brussels International Festival of Fantasy Film.

After a ski accident had him hospitalised for 5 years, he limped back to the directors chair with an adaption of Noel Coward’s Easy Virtue starring Colin Firth and Kristin Scott Thomas. He the returned to Australia to direct of one of the world's first ‘streaming' mega hits, A Few Best Men, shot back-to-back with the feature Rio I Love You, the follow up to the hugely successful Paris, je t’aime.

The film writing / directing workshop will focus on a diversity of topics covering the entire span of directing and delivering a film, specially on how to find and cement your own place in the industry fast, under the guidance of writer / director / producer Stephan Elliott. Stephan started his career shooting wedding videos at 14, and by 18 had talked is way onto a film set washing dishes. When somebody fell sick, be quickly stepped in as 3rd assistant director, was soon directing 2nd unit and by 24, had written his first feature script which he directed 24 months later.

25 participants will not only have the chance to hear his unique knowledge first hand, but also interact in extremely practical workshops. You will then be invited to share difficult issues you may encountered developing or shooting your films, being offered keys, clues and smart solutions so these problems NEVER HAPPEN AGAIN!


The workshop will also touch the following bullet points:

WHO ARE YOU??? The person makes the film
Auteur versus Industry – the realities of the business.
DIY - low budget approaches verses bigger budgets.
The writer/director conundrum
Understanding your abilities
Looking at the steps before you go into production
The development process
Raising finance
Producers and writers
Agents/managers/lawyers
The One Hour Meeting.
The perfect pitch class.


PREPPING
Aesthetic overview – the look and the story
Casting and auditioning - to include work shopping with professional actors.
Rehearsing/working with actors before the shoot
Storyboarding
How to work with:
Art department
Costume
Camera
Assistant directors
Planning for Digital VFX

PROFILE OF PARTICIPANT
The workshop designed for Directors, Assistant Directors, Film Students, or anyone serious about a career in the Film Business on the area of film directing