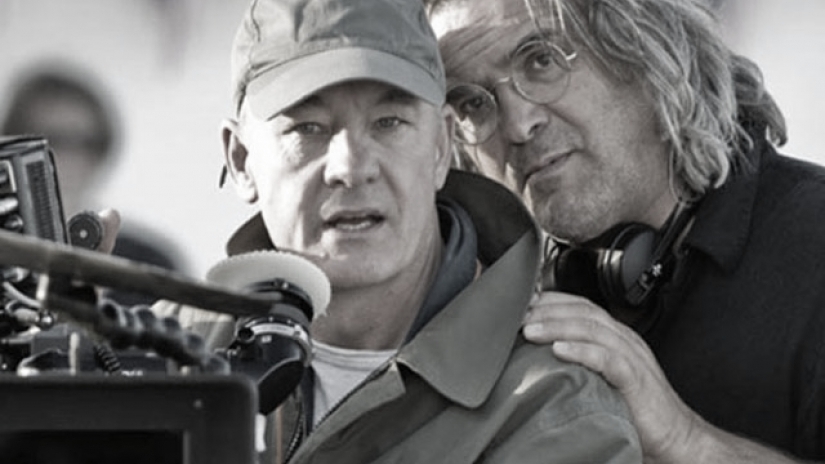 Barry Ackroyd is one of the most versatile Cinematographers in activity nowadays, with a career that expands over 30 years, multiple awards and nominations, including the BAFTA award for Best Cinematography for Kathryn Bigelow’s “Hurt Locker” in 2008.

Born in Oldham, England in 1954, his path as a Cinematographer started in television back in 1986 with the behind-the-scenes Documentary of Jim Henson’s “Labyrinth” starring David Bowie.

In the 1990’s he filmed Jon Blair’s Academy Award-winning Documentary Feature “Anne Frank Remembered” (1995). Also during this period he started a long-lasting collaboration with Ken Loach - a director known for his particular work philosophy of embracing his team’s contributions - from which came out films such as: “Land and Freedom” (1995), “My Name Is Joe” (1998), “Sweet Sixteen” (2002), and the Cannes Film Festival Golden Palm-winning “The Wind that Shakes the Barkley” (2006),

Recently he has been a cinematographer in a variety of projects and collaborated with filmmakers such as Adam McKay, in the Oscar Winning “The Big Short” (2015) starring an all-star cast of Christian Bale, Brad Pitt, Ryan Gosling, Marisa Tomei, Melissa Leo, Steve Carell among others; Kathryn Bigelow on “The Hurt Locker” (2008) and “Detroit” (2017); Paul Greengrass on “United 93” (2006), “Captain Phillips” (2013) starring Tom Hanks, and “Jason Bourne” (2016), starring Matt Damon.

The workshop will focus on a diversity of topics of the art of cinematography, you will have the chance of not only receive this knowledge from Barry Ackroyd, but also interact in a very strong way, as the group will have up to 25 participants, making it extremely practical and interactive. You will also have the opportunity to assess the issues you encountered on your films, and receiving the feedback to unblock situations in the future.


The workshop will cover the following structure:


Duration: 2 days
Dates: 16-17 of March 2019
Location: LONDON UK
Price: 499GBP
Maximum number of participants: 25
By registering to the workshop you agree with FFL terms and Conditions