REGISTERING FOR OUR NEXT WORKSHOPS
PAST WORKSHOPS
back
CHRISTIAN BERGER 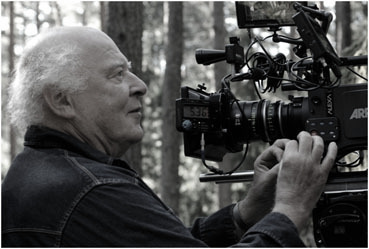 He is mostly known for his work on The White Ribbon with Michael Haneke, which brought him an Oscar Nomination for Best Cinematography at the 82nd Academy Awards. He was the winner at the American Society of Cinematographers Awards for Outstanding Achievement in Cinematography in 2010 and a big number of other awards, both national and international.

Born 1945, he started his career working mostly as a documentary filmmaker. in 1973 founded own production company TTV Film an a few years later built experimental video studio. In late 70’s / early 80’s he increased his work in TV plays and screen adaptations with various authors and started working as DOP for feature films and as a director.

Berger employed this system for the first time to some degree in The Piano Teacher and exclusively used it to shoot films: Dead Man’s Memories, Ne Fais Pas Ça, Mein Mörder, Caché / Hidden, The White Ribbon, Ludwig Ii, The Notebook, By The Sea, The Night Of A Thousand Hours and most recently Happy End by Michael Haneke.


Christian Berger is one of the most influential figures in the area of cinematography and it is an absolute honor to have him as FEST Film Lab speaker. Unquestionably it will be an unmissable session.

The workshop will focus on a diversity of topics of the art of cinematography, specially the topic of light, you will have the chance of not only receive this knowledge from Christian Berger, but also interact in a very strong way, as the group will have up to 25 participants, making it extremely practical and interactive. You will also have the opportunity to assess the issues you encountered on your films, and receiving the feedback to unblock situations in the future.

The overall theme of the workshop will focus specially on the treatment of light.: Christian Berger is one of the inventors of the highly innovative CINE REFLECT LIGHTING SYSTEM, which he has used in several of his productions. Christian will also focus on the difference of working between digital and film. Chrstian will also show examples of how he achieved the look in a few of his films.

The workshop will also cover the following topics: