REGISTERING FOR OUR NEXT WORKSHOPS
WORKSHOP LIST
back
LAURENCE BENNETT 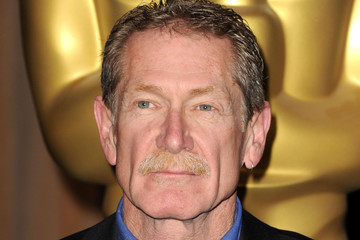 Laurence Bennett is a production designer with a lifelong achievement, recognition of his work has earned him an Oscar and BAFTA Nomination, as well as winning a Cesar.
Laurence Bennett’s feature production design credits include IN THE VALLEY OF ELAH, FREEDOM WRITERS, TRAITOR, THE NEXT THREE DAYS, and Academy Award Best Picture CRASH (2006 ADG nomination).
For 2012 Academy Award Best Picture THE ARTIST he received Oscar, BAFTA, ADG and BFCA nominations, and was awarded the César by the Académie des arts et techniques du cinéma.
In January he finished THIRD PERSON, Bennett’s fourth feature collaboration with writer/director Paul Haggis. Filmed entirely in Italy, the movie tells the stories of three relationships: in NYC, Paris, and Rome. Stars Liam Neeson, Mila Kunis, James Franco, Olivia Wilde, Adrian Brody.
Laurence also worked on Director Robert Redford’s THE COMPANY YOU KEEP premiered at the Venice Film Festival, and was an official selection of the Toronto and Stockholm festivals. Sony Pictures Classics will release in US April, 2013. Stars Redford, Julie Christie, Shia LaBeouf, Nick Nolte, Susan Sarandon, Stanley Tucci, Chris Cooper, Richard Jenkins.
Television pilots and series include GREY’S ANATOMY, ONCE AND AGAIN, MR. STERLING, MIRACLES, EZ STREETS, AND THIEF.
Bennett was educated at Occidental College, Los Angeles and Waseda University, Tokyo. After a stint in VISTA he moved to Ireland for ten years before returning to Los Angeles to work in film.
Travel continues to be an essential part of his life–he has worked on films throughout the United States and in Canada, England, France, Morocco, and Argentina.

Workshop Description - Production Design Workshop CHOICES – Visualizing a narrative
Every project is unique. How to approach the design of a film is the most critical and often most difficult decision. The answer is seldom discovered easily or quickly. Finding the key the way into the design of a film is essential. That essential key can inform and shape every choice, every decision throughout the art direction process.
The workshop will explore approaches to finding the essential ideas, emotions, concepts and imagery that can shape the design of a film:
- Finding the visual arcs within the story
- Identifying thematic elements
- Emotional tones
- Subjective vs objective
- Research
- Underscoring vs contrasting
- Developing and presenting ideas
Working with the script for a short film, participants will begin this discovery process, putting together a very brief presentation of how the visual arc of the film will reflect, support and enrich the narrative. Individual counseling will be available as time permits. A group review/discussion will wrap up the session.

Workshop Timetable
Day 1 - 4th May
Morning: Introduce the topic; Laurence will show short clips from my work (THE ARTIST, CRASH, ELAH) and discuss the thinking that developed the design for each movie. Discussion and Q&A.
Afternoon: Participants will select a short script (I will try to bring two or three–or students could work with one they have brought)–and will begin working on the film’s art direction. I will be available to counsel, ask and answer questions, bounce ideas off.
Day 2 - 5th May
Morning: Participants will continue work on the presentation of their projects.
Afternoon: Brief presentations, followed by critique/group discussion

WORKSHOP VENUE LOCATION
The workshop will be held on The King’s College “The Strand Campus”, Strand, London, WC2R 2LS, UK.