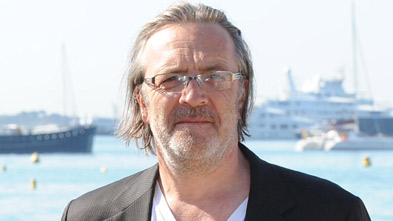 
Nigel Cole is a Long Established British Film Director. The movie hit Calendar Girls is among many of his achievements. Nigel has directed in his films actors such as Helen Mirren (Calendar Girls) Ashton Kutcher (A Lot Like Love) Bob Hoskins and Sally Hawkins (Made In Dagenham) among many others.


His work as an independent film director has garnered him an award in the Sundance Film Festival, as well as nominations for the BAFTAs, the British Independent Film Awards and the Satellite Awards.

Nigel Cole began his career in the 1980s, directing current affairs shows and documentaries for Central Independent Television. Into the 1990s, Cole co-wrote the play “Sod” with Arthur Smith, which he also directed and presented at the Pleasance during the 1993 Edinburgh Festival. For television Cole has directed episodes of the shows “Peak Practice”, “Cold Feet” and more recently “Doc Martin”. Among his work for television are also episodes of the TV Series Documentaries “In the Wild” and “Nature”.
In film he has directed acclaimed films such as “Saving Grace”, “A Lot Like Love”, “Made in Dagenham”, with Sally Hawkins and more recently “The Wedding Video” which was released in 2012.

“Saving Grace” won the World Cinema Audience Award at the 2000 Sundance Film Festival and gained him a nomination for Best Director at that year's British Independent Film Awards. “Made in Dagenham” received a BAFTA nomination as Best British Film and a nomination for the Satellite Award for Best Film – Musical or Comedy.

The Film Directing workshop will focus on a diversity of topics of the art of directing a film, you will have the chance of not only receive this knowledge from Nigel Cole, but also interact in a very strong way, as the group will have up to 25 participants, making it extremely practical and interactive. You will also have the opportunity to assess the issues you encountered on your films, and receiving the feedback to unblock situations in the future.

The work-frame of the workshop will be:

1.The job of a director, getting work.

What producers want.
How to get started. Finding a niche.
Agents. Managers. Producers. How to understand them.
Role play exercises. How to take a meeting.

Finding material.
Finding characters. Taking them on a journey.
Working with writers.

Telling a story. Shaping a script.
Analysis of selected scenes from Made In Dagenham and Calendar Girls from various stages of development.

First cast. Attracting stars. Persuading them to do it.
Getting your script read.
How films are financed.

Breaking down a script. Planning the look.
Casting. Finding out about actors. Working with them in casting sessions.
Role play. How to audition.
Locations. Art department. Designers. What they do.
Preparing shot lists. Why storyboards are you enemy.

Workshop : how to stage a scene. Using scenes from made in Dagenham and others we block and plan coverage for a scene. Then compare with finished film.

How to manage a crew.
Working with actors on set. What to do when it gets difficult.
Workshop. Rehearsing actors and how to give notes. Role play with selected scenes.
Working with a schedule. How to make it work for you.
Focusing on the story. How to know what's important.

How it works. What editors actually do.
Shaping the scene. With examples from several films. Including a comparison of a rough cut and a final cut of a scene.
Shaping the story. Pace and structure.
Testing. Showing it to an audience. What to listen to and what to ignore.
Music. The directors best friend. How to work with a composer.

What it's like to have a film released.
How to deal with criticism. The press. The internet.
Why you need to have another job before the last has finished.


PROFILE OF PARTICIPANT
The workshop designed for Directors, Film Students, or anyone serious about a career in the Film Business on the area of Directing.