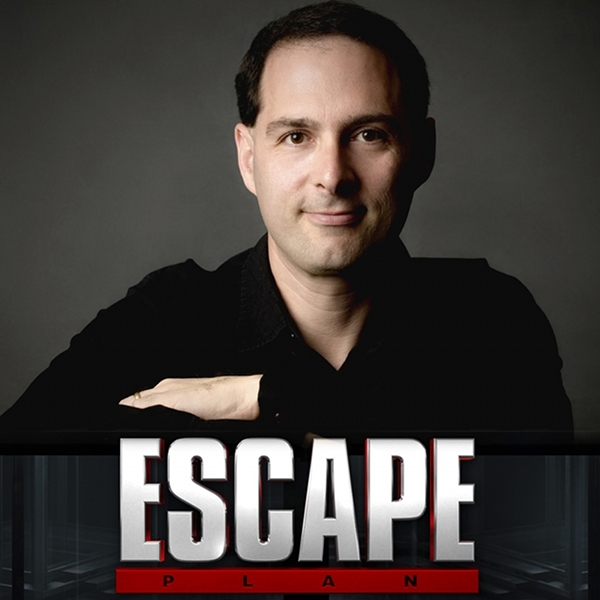 
Alex Heffes was born in the UK. He had an unorthodox education at a small specialist music school in London where he was immersed in music every day from an early age. After graduating from Oxford with a first-class degree he first worked as an arranger, then writer on projects covering the musical spectrum from steel band to symphony orchestra with artists such as Elton John and members of Blur.

It was his scores to Kevin Macdonald's Academy Award-winning films ONE DAY IN SEPTEMBER, THE LAST KING OF SCOTLAND and BAFTA-winning TOUCHING THE VOID that brought him to international attention. His reputation as a composer who is truly at home with the orchestra as well as electronics has given him a unique and unusually varied output.

He received his first BAFTA nomination for his score to the HBO drama TSUNAMI: THE AFTERMATH and has gone on to score across an incredible variety of genres including Charles Ferguson's Academy Award-winning INSIDE JOB, the US No.1 box office movie THE RITE starring Anthony Hopkins, Catherine Hardwicke's fantasy thriller RED RIDING HOOD, Peter Webber’s World War II drama EMPEROR starring Tommy Lee Jones and ESCAPE PLAN starring Silvester Stallone and Arnold Schwarzenegger. He collaborated with director Tim Burton on his screen adaptation of SWEENEY TODD starring Johnny Depp and Helena Bonham Carter. His score to STATE OF PLAY starring Russell Crowe and Ben Affleck featured a collaboration with classic British rock producer Flood and during the scoring of THE LAST KING OF SCOTLAND Alex traveled to Uganda to record and produce many of the bands featured on the soundtrack. His score to the short film BOY was featured at the opening ceremony of the Olympic velodrome at the 2012 London Olympics. Alex’s score to MANDELA: THE LONG WALK TO FREEDOM features vocals from South African legend Caiphus Semenya.

His scores have met wide critical acclaim. The Los Angeles Daily news said of THE LAST KING OF SCOTLAND it has “the best and weirdest soundtrack I've heard all year” while his score to EMPEROR was described as “phenomenal, recalling the days of Patton, or Tora! Tora! Tora! by Jerry Goldsmith” (Presspass LA), “stunningly beautiful yet strikingly simple” (Film Music Media) and “an epic score brilliantly mastered by Heffes” (JMH Digital).

His solo album project FACE TO FACE featured collaborations with artists such as Ryuichi Sakamoto, Regina Spektor and Matthew Barley. His music has appeared in concert performed by the City of Birmingham Symphony Orchestra, the Brussels Philharmonic, the Oman Symphony Orchestra and at the London Jazz Festival.

In 2013 Alex's score to Mandela: Long Walk to Freedom was nominated for a Golden Globe. Other scores scores have been nominated for BAFTA, Ivor Novello, European Film Academy, NAACP, Black Reel and ASCAP awards. In 2011 he was awarded discovery of the year by the World Soundtrack Academy and in 2012 was awarded best film score of the year at the Ivor Novello Awards in London.


The Music Composing for Film workshop will focus on a diversity of topics of the art of composing music for a film, you will have the chance of not only receive this knowledge from Alex Heffes, but also interact in a very strong way, as the group will have up to 25 participants, making it extremely practical and interactive. You will also have the opportunity to assess the issues you encountered on your work, and receiving the feedback to unblock situations in the future.


HOW DO I BECOME A FILM COMPOSER?
Introduction to Alex and his work.
Introduction to the course students and their work/experiences and goals.
Practical questions vs creative ones


Practical questions:
How do I get into the business?
Do I need to learn it at college?
The classic catch 22 - "I know I can do it but how do I get work when I have nothing to show yet?"

Creative questions:
What sort of composer are you?
How do you know what your voice is before you've had a chance to write?
Do you need your own voice?


BEING A FILM COMPOSER - WHAT DOES THAT ACTUALLY MEAN?

How I've done it.
Does this have any relevance to anyone else's career path?
WHY ARE YOU NOT TALKING ABOUT WRITING MUSIC? ARE WE EVER GOING TO GET ON TO THIS?
Is the music you write the most important part of your job?
Which is more useful - studying film scores or classical music?
Coming back to developing your own voice... Is this important or not?

Practical examples:
Alex will show a few examples.
Each course member will bring one cue to play which represents them best.
Trends in film scoring. How this affects how you write. Should be take any notice of fashion?

Boring stuff:
Money
Agents
Publishing & copyright
Giving away your rights for opportunities and working for free.


Conclusion:
Spoiler alert!
It's not how good you are but how good you want to be. Maybe!
You probably know more about this than you think.
Trust yourself.
Be lucky.
Make your own luck.
Work hard. Be good. Be generous. Be better than you thought you could be.
Be patient.
But
Don't wait for it to come to you.

Being a composer isn't really a career choice. You don't pick it. It's chooses you. There is no escape. If you tick these boxes you already are a composer. The rest is just working out the details.

The workshop designed for Film Composers, Film Directors, Sound Editors, Film Students, or anyone interested in entering the Film Business on the area of Music Composing for Film.