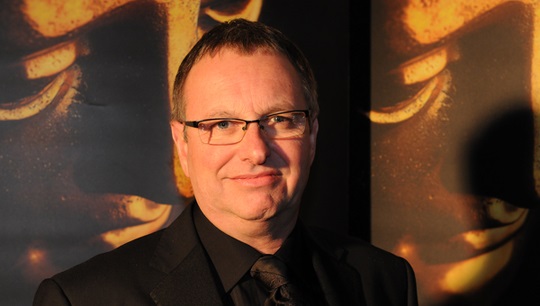 Munro began to work in films when he was 16 years old as a trainee at Elstree Studios. His first steps were on some of the most influential cult classics, such as the "infamous" Hammer production “The Satanic Rites of Dracula” by Alan Gibson.
He continued to work as a freelancer on a TV series at Pinewood and on a number of films including “The Rocky Horror Picture Show". He worked as a sound maintenance engineer and a boom operator when he had his breakthrough moment – he was invited to mix the second unit 2nd unit on a Sam Peckinpah film called "Cross of Iron", when he was 25.

He made a name for himself in the 1990's, with credits in some of the decade's most successful films, such as “Robin Hood The Prince of Thieves” by Kevin Reynolds “The Fourth Protocol” by John Mackenzie, “The Russia House” by Fred Schepisi and “Emma” by Douglas McGrath. He was also a key crew player in John Cleese's comedy features, such as the hits “A Fish Called Wanda”, “Fierce Creature” and the now cult classic “Clockwise”. More recently he has credits in major blockbusters such as 5 episodes of the “007” series (“Tommorow Never Dies”,"Die Another Day”, “The World Is Not Enough” , “Casino Royale” and “Quantum of Solace").

Throughout his career he has worked with top film-makers such as Ridley Scott (“Black Hawk Down”), Paul Greengrass (“United 93”), Ron Howard (“In The Heart of the Sea”),Barry Levinson (“Rock the Kasbah”),M. Night Shyamalan (“Lady In The Water” and “The Last Airbender”), Anton Corbijn (“The American”), Bille August (“Smilla's Sense of Snow”), Bryan Singer (“Valkyre”), Guy Ritchie (“Sherlock Holmes”), Lasse Hallstrom (“Chocolat”), Ian Softley (“Backbeat”) and Mike Figgis (“The Browning Version”).

He is currently working on Steven Spielberg's latest film “Ready Player One”.

Munro has been Oscar Nominated 4 times, winning twice for his performance on "Gravity" and "Black Hawk Down”, nominated 5 times for BAFTA winning for “Casino Royale” and “Gravity”.

The Production Sound MixingWorkshop with Chris Munro will focus on a diversity of topics of the art of mixing sound of a film, you will have the chance of not only receive this knowledge from Chris Munro, but also interact in a very strong way, as the group will have up to 25 participants, making it extremely practical and interactive. You will also have the opportunity to assess the issues you encountered on your own work and the projects you have worked on or will work, and receiving the feedback to unblock situations in the future.
The purpose of this workshop is to understand the power of good sound, and the processes necessary to realize this.
Chris will talk about his work, his recording philosophy, his methodology and show examples from his previous films. He will discuss how the film business has changed, how recording has to deal with a new set of factors, like multiple cameras with various lens sizes, the use of multi track recording and the limited shooting schedules with consequences for all departments.
Participants will look at different types of recorders, RF mikes and mixers available for location recording. The different boom mikes available and when to use them will also be a topic
Other topics will be:
Pre-production planning and budgeting for sound.

Recording Priorties of the Mixer

The importance of inter-departmental communication

How to wire actors

How to work around noisy clothing, skimpy women’s wear/or none, noisy atmosphere and the multi challenges we face in our efforts to get good usable sound.

Chris will stress the importance of acknowledging actors preparations for their roles and how important it is to anticipate sound problems and to have solutions thought out beforehand so one doesn’t have to fuss with actors and interrupt their focus.

The workshop designed for Directors, Sound Mixers, Sound Recordists, Boom Operators, Sound Editors, Film Students, or anyone interested in entering the Film Business on the area of Sound.

Duration: 2 days
Dates: 11th - 12th of March 2017
Location: London UK
Price: 499GBP, (349GBP discount of 30% until 1st of March)
Maximum number of participants: 25
By registering to the workshop you agree with FFL terms and Conditions